A Summer of Art in Europe

Travelling in Europe in the early summer and looking for a deeply engaging art experience? Beyond the popular upcoming Art Basel fair (June 12-17) are these powerful art events sure to peak your curiosity. These events ask questions regarding existence within our contemporary moment, emphasizing art that grapples with notions of identity, community, government, technology, and our ecological predicament. Here is a compilation of some of the most interesting festivals, performances, and solo exhibitions happening this summer across the continent.

Berlin-based photographer Katerina Belkina (born in Samara, Russia, 1974) presents work from her series Empty Spaces and Revival at Faur Zsofi Gallery’s solo show titled Genesis. A master of female portraiture, Belkina’s work balances between the capitalist culture of contemporary life and the urge to fight against materialism through spiritual cultivation. The photographer’s figures make us ponder ancient and contemporary methods of communal beliefs, as well as our collective experiences of operating under or rejecting industrialist systems.

The 14th annual Athens Digital Art Festival is set to show “tales from the event horizon”, an exploration into the unknown future technological apocalypse as presented via the convergence of art, science, and tech through the theme Singularity Now. The theme references the core of a black hole, its singularity, the zero-point where space-time vanishes, where matter is condensed into zero dimensions, where not even light escapes its grasp. What happens after singularity is uncertain. Infinite nothingness or vast expanding universes?

Riga, Latvia: EVERYTHING WAS FOREVER UNTIL IT WAS NO MORE at Riga International Biennial of Contemporary Art (RIBOCA)

Speed is the form of ecstasy the technical evolution has bestowed on man… He is caught in a fragment of time cut off from both the past and the future; he is wrenched from the continuity of time; he is outside time…

The 1st Riga Biennial is a reflection of how we perceive time through the phenomena of change. In an era of constant acceleration into a technologically, politically, and environmentally uncertain future, artists at this event stop to examine the existential crisis rooted in how our world rationalizes change. The Biennial strives to present artists through sustainable exhibitions that prioritize their work.

8 venues across the city

The largest art fair in Eastern Europe, Art Vilnius ‘18 showcases a thriving Baltic and regional contemporary art scene within picturesque Vilnius. A notable highlight of the show will be the installation, performance, and large-scale sculpture exhibit The Path, featuring 35 artists from 9 countries. Participating in this program is performative experiment artist Jon Irigoyen (Spanish-Finnish), whose artistic interests examine rituals, autonomy, and defiance. Another notable artist featured at the fair, Nikita Shalenny (born in Dnipropetrovsk, Ukraine, 1982), studies the ancient patterns that manifest in contemporary conflict. His project, Where Is Your Brother? is a reflection of the ongoing power-struggle present in Ukraine.

Cassils <i>Becoming An Image </i>

Los Angeles-based performance artist and body builder Cassils (born in Montreal, Quebec) will be delivering a potent iteration of their body of work Becoming an Image in Wien’s Wiener Festwochen. The 20-minute performance takes place in total darkness, whereby Cassils pummels a 2,000-pound block of clay in a fierce round of kicks and punches to the point of exhaustion. The only light the viewer sees comes from the flash of the photographer that leaves an afterimage in the audience’s retinas. Cassils, who is transmasculine and gender non-conforming, devised this piece to address the senseless acts of violence committed against trans and queer bodies. The singular afterimages left on our retinas makes us question how we remember and document these violent acts. 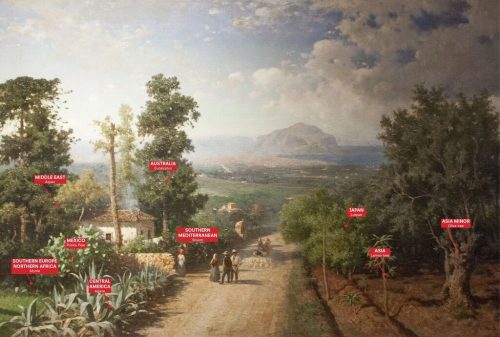 Palermo, a city with an eclectic legacy of multicultural and scientific exchanges due to its history of continuous migration, is set to host Manifesta 12 The Planetary Garden. The city will act as a laboratory for the exhibition to explore three main sections that discuss plant-life, garden culture, its relation to greater ecology, the concept of power in a world constantly in flux, and long term initiates for the city itself. The project presents the planet as a manageable garden where humans should assume the roles of gardeners who recognize their reliance on other forms of life within a shared network, rather than assuming roles more destructive.

Manifesta 12 Palermo, venues across the city 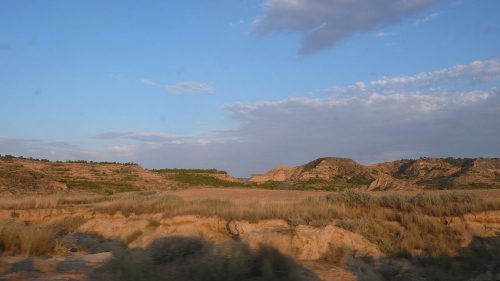 A spectacular array of art, music, workshops, cultural exchanges, and celebration, Nowhere is an event unlike any other. In the middle of the Monegros Desert, this festival brings people from across the world to take part in the freedoms of self expression, self reliance, participation, inclusion, cooperation, and community making while leaving no trace behind and rejecting monetary transactions. Nowhere facilitates public creative initiatives, whereby participants can create works of art, performance pieces, or innovative projects for the enjoyment of the whole community.